We see a variety of objects in the world around us. However, we are unable to see anything in a dark room. On lighting up the room, things become visible. What makes things visible? During the day, the sunlight helps us to see objects. An object reflects light that falls on it. This reflected light, when received by our eyes, enables us to see things. We are able to see through a transparent medium as light is transmitted through it. There are a number of common wonderful phenomena associated with light such as image formation by mirrors, the twinkling of stars, the beautiful colours of a rainbow, bending of light by a medium and so on. A study of the properties of light helps us to explore them.

By observing the common optical phenomena around us, we may conclude that light seems to travel in straight lines. The fact that a small source of light casts a sharp shadow of an opaque object points to this straight-line path of light, usually indicated as a ray of light.

If an opaque object on the path of light becomes very small, light has a tendency to bend around it and not walk in a straight line – an effect known as the diffraction of light. Then the straight-line treatment of optics using rays fails. To explain phenomena such as diffraction, light is thought of as a wave, the details of which you will study in higher classes. Again, at the beginning of the 20th century, it became known that the wave theory of light often becomes inadequate for treatment of the interaction of light with matter, and light often behaves somewhat like a stream of particles. This confusion about the true nature of light continued for some years till a modern quantum theory of light emerged in which light is neither a ‘wave’ nor a ‘particle’ – the new theory reconciles the particle properties of light with the wave nature.

A highly polished surface, such as a mirror, reflects most of the light falling on it. You are already familiar with the laws of reflection of light.

Let us recall these laws –

These laws of reflection are applicable to all types of reflecting surfaces including spherical surfaces. You are familiar with the formation of image by a plane mirror. What are the properties of the image? Image formed by a plane mirror is always virtual and erect. The size of the image is equal to that of the object. The image formed is as far behind the mirror as the object is in front of it. Further, the image is laterally inverted. How would the images be when the reflecting surfaces are curved? Let us explore. 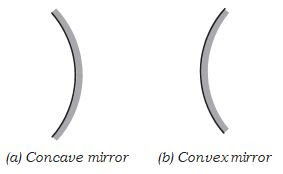 Figure 10.1 Schematic representation of spherical mirrors; the shaded side is non-reflecting.

Before we move further on spherical mirrors, we need to recognise and understand the meaning of a few terms. These terms are commonly used in discussions about spherical mirrors. The centre of the reflecting surface of a spherical mirror is a point called the pole. It lies on the surface of the mirror. The pole is usually represented by the letter P.

CAUTION: Do not look at the Sun directly or even into a mirror reflecting sunlight. It may damage your eyes.

The paper at first begins to burn producing smoke. Eventually it may even catch fire. Why does it burn? The light from the Sun is converged at a point, as a sharp, bright spot by the mirror. In fact, this spot of light is the image of the Sun on the sheet of paper. This point is the focus of the concave mirror. The heat produced due to the concentration of sunlight ignites the paper. The distance of this image from the position of the mirror gives the approximate value of focal length of the mirror. Let us try to understand this observation with the help of a ray diagram. Observe Fig.10.2 (a) closely. 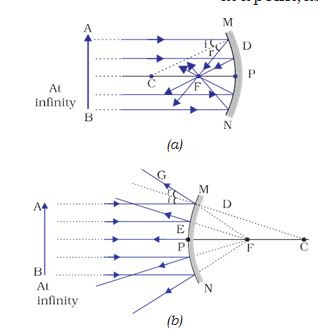 You have already learnt a way of determining the focal length of a concave mirror. In Activity 10.2, you have seen that the sharp bright spot of light you got on the paper is, in fact, the image of the Sun. It was a tiny, real, inverted image. You got the approximate focal length of the concave mirror by measuring the distance of the image from the mirror.

C. Place a paper screen and move it in front of the mirror till you obtain a sharp bright image of the candle flame on it.

Table 10.1 Image formation by a concave mirror for different positions of the object

We can also study the formation of images by spherical mirrors by drawing ray diagrams. Consider an extended object, of finite size, placed in front of a spherical mirror. Each small portion of the extended object acts like a point source. An infinite number of rays originate from each of these points. To construct the ray diagrams, in order to locate the image of an object, an arbitrarily large number of rays emanating from a point could be considered. However, it is more convenient to consider only two rays, for the sake of clarity of the ray diagram. These rays are so chosen that it is easy to know their directions after reflection from the mirror.

The intersection of at least two reflected rays give the position of image of the point object. Any two of the following rays can be considered for locating the image. 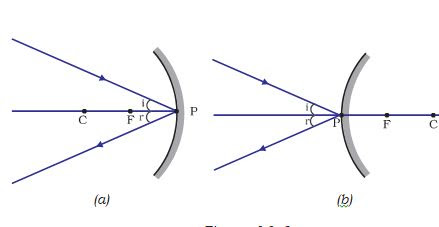 Figure 10.7 illustrates the ray diagrams for the formation of image by a concave mirror for various positions of the object. Figure 10.7 Ray diagrams for the image formation by a concave mirror

(b) Image formation by a Convex Mirror

We studied the image formation by a concave mirror. Now we shall study the formation of image by a convex mirror.

Figure 10.8 Formation of image by a convex mirror

Table 10.2 Nature, position and relative size of the image formed by a convex mirror

You have so far studied the image formation by a plane mirror, a concave mirror and a convex mirror. Which of these mirrors will give the full image of a large object? Let us explore through an Activity.

You can see a full-length image of a tall building/tree in a small convex mirror. One such mirror is fitted in a wall of Agra Fort facing Taj Mahal. If you visit the Agra Fort, try to observe the full image of Taj Mahal. To view distinctly, you should stand suitably at the terrace adjoining the wall.

Convex mirrors are commonly used as rear -view (wing) mirrors in vehicles. These mirrors are fitted on the sides of the vehicle, enabling the driver to see traffic behind him/her to facilitate safe driving. Convex mirrors are preferred because they always give an erect, though diminished, image. Also, they have a wider field of view as they are curved outwards. Thus, convex mirrors enable the driver to view much larger area than would be possible with a plane mirror.