With this chapter, we resume the tour of democracy that we started 1ast year. We noted 1ast year that in a democracy all power does not rest with any one organ of the government. As inte11igent sharing of power among 1egis1ature, executive and judicial is seq important to the design of a democracy. 1s this and the next two chapters, we carry this idea of power-sharing forward. We start with two stories from Be1gium and Sri Lanka. Both these stories are about how democracies hand1e demands for power-sharing.The stones yield some genera1 conc1usions about the need for power-sharing in democracy. This a11ows us to discuss various forms of power-sharing that will be taken up in the fo11owing two chapters.

Belgium is a small country in Europe, smaller in area than the state of Haryana. It has borders with France, the Netherlands, Germany and Luxembourg. It has a population of a little over one crore, about half the population of Haryana. The ETHNtC composition of this small country is very complex. Of the country’s total population, 59 per cent lives in the Flemish region and speaks Dutch language. Another 40 per cent people live in the Wallonia region and speak French. Remaining one per cent of the Belgians speak German. In the capital city Brussels, 80 per cent people speak French while 20 per cent are Dutch- speaking.

The minority French-speaking community was relatively rich and powerful. This was resented by the Dutch-speaking community who got the benefit of economic development
and education much later. This led to tensions between the Dutch-speaking and French-speaking communities during the 1950s and 1960s. The tension between the two communities was more acute in Brussels. Brussels presented a special problem: the Dutch-speaking people constituted a majority in the country, but a minority in the capital.
Let us compare this to the situation in another country. Sri Lanka is an island nation, just a few kilometres off the southern coast of Tamil Nadu. It has about two crore people, about the same as in Haryana. Like other nations in the South Asia region, Sri Lanka has a diverse population. The major social groups are the Sinhala-speakers (Z4 per cent) and the Tamil-speakers (18 per cent). Among Tamils there are two sub- groups. Tamil natives of the country

Communities and regions of Belgium 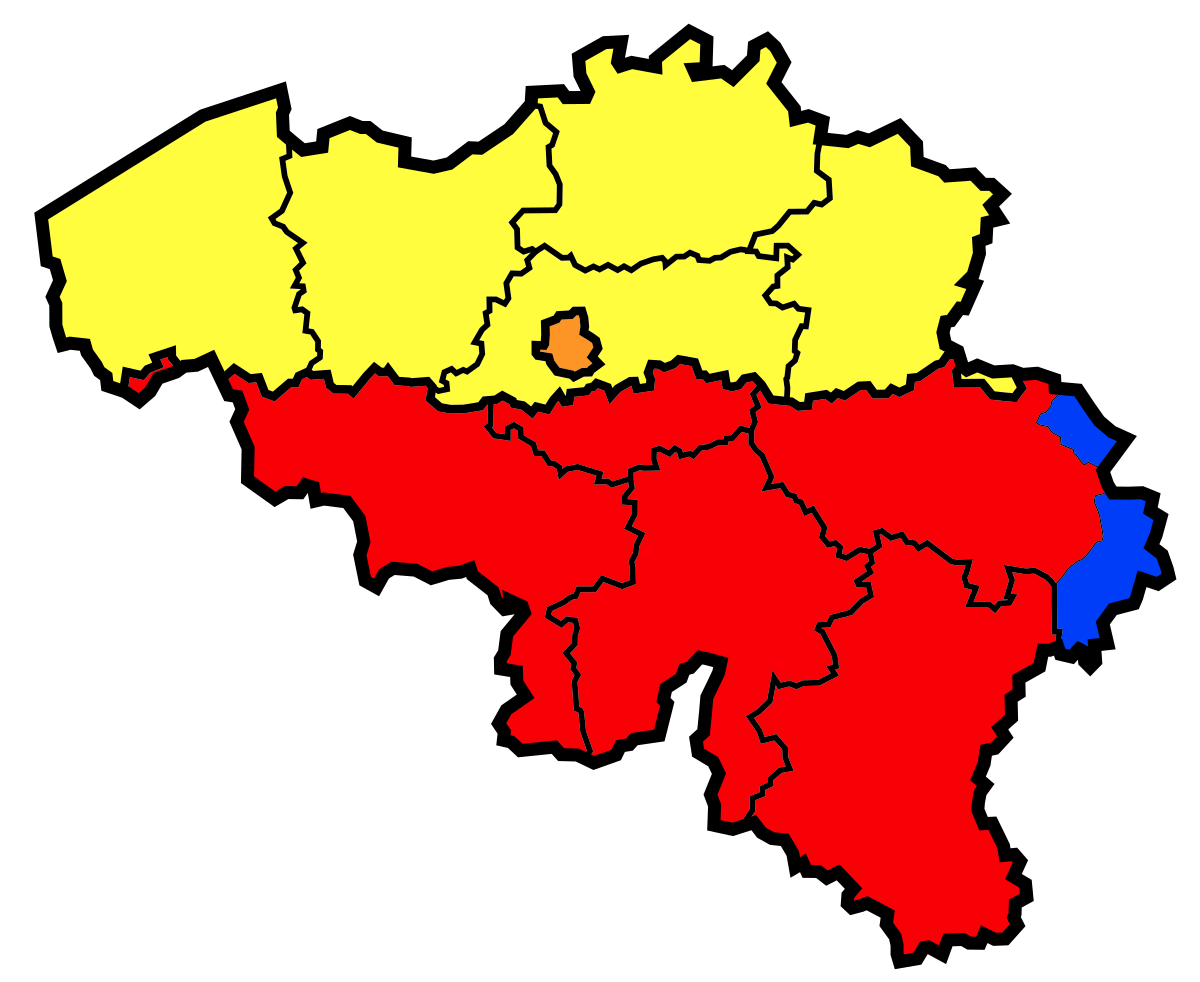 arecalled‘SriLankanTarnils’(13percent). The rest, whose forefathers came from India as plantation workers during colonial period, arecalled‘IndianTamils’. As youcanseefromthe map, SriLankan Tamils are concentrated in the north and east of the country. Most of the Sinhala- speaking people are Buddhists, while most of the Tamils are Hindus or Muslims. There are about 7 per cent Christians, who are both Tamil andsinhala Just imagine what could happen in situations like this. In Belgium, the Dutch community could take advantage of its numeric majority and force its will on the French and German-speaking population. This would push the conflict among communities further. This could lead to a very messy partition of the country; both the sides would claim control over Brussels. In Sri Lanka, the Sinhala community enjoyed an even bigger majority and could impose its will on the entire country. Now, let us look at what happened in both these countries.

Sri Lanka emerged as an independent country in 1948. The leaders of the Sinhala community sought to secure dominance over government by virtue of their majority. As a result, the democratically elected government adopted a series of MAJORITARIAN measures to establish Sinhala supremacy.
In 1956, an Act was passed to recognise Sinhala as the only official language, thus disregarding Tamil. The governments followed preferential policies that favoured Sinhala applicants for university positions and government jobs. A new constitution stipulated that the state shall protect and foster Buddhism.
All these government measures, coming one after the other, gradually increased the feeling of alienation among the Sri Lankan Tamils. They felt that none of the major political parties led by the Buddhist Sinhala leaders was sensitive to their language and culture. They felt that the constitution and government policies denied them equal political rights, discriminated against them in getting jobs and other opportunities and ignored their interests. As a result, the relations between the Sinhala and Tamil communities strained over time.
The Sri Lankan Tamils launched parties and struggles for the recognition of Tamil as an official language, for regional autonomy and equality of opportunity in securing education and jobs. But their demand for more autonomy to provinces populated by the Tamils was repeatedly denied. By 1980s several political organisations were formed demanding an independent Tamil Eelam (state) in northern and eastern parts of Sri Lanka. 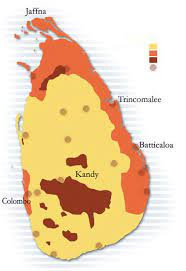 The distrust between the two communities turned into widespread conflict. It soon turned into a CIVIL WAR. As a result thousands of people of both the communities have been killed. Many families were forced to leave the country as refugees and many more lost their livelihoods. You have read (Chapter 1 of Economics textbook, Class X) about Sri Lanka’s excellent record of economic development, education and health. But the civil war has caused a terrible setback to the social, cultural and economic life of the country. It ended in 2009.

The Belgian leaders took a different path. They recognised the existence of regional differences and cultural diversities. Between 1970 and 1993, they amended their constitution four times so as to work out an arrangement that would enable everyone to live together within the same country. The arrangement they worked out is different from any other country and is very innovative. Here are some of the elements of the Belgian model:

Apart from the Central and the State Government, there is a third kind of government. This ‘community government’ is elected by people belonging to one language community – Dutch, French and German-speaking – no matter where they live. This government has the power regarding cultural, educational and language-related issues.
You might find the Belgian model very complicated. It indeed is very complicated, even for people living in Belgium. But these arrangements have worked well so far. They helped to avoid civic strife between the two major communities and a possible division of the country on linguistic lines. When many countries of Europe came together to form the European

Union, Brussels was chosen as its headquarters.
What do we learn from these two stories of Belgium and Sri Lanka? Both are democracies. Yet, they dealt with the question of power sharing differently. In Belgium, the leaders have realised that the unity of the country is possible only by respecting the feelings and interests of different communities and
regions. Such a realisation resulted in mutually acceptable arrangements for sharing power. Sri Lanka shows us a contrasting example. It shows us that if a majority community wants to force its dominance over others and refuses to share power, it can undermine the unity of the country.

Why power sharing is desirable?
Thus, two different sets of reasons can be given in favour of power sharing. Firstly, power sharing is good because it helps to reduce the possibility of conflict between social groups. Since social conflict often leads to violence and political instability, power sharing is a good way to ensure the stability of political order. Imposing the will of majority community over others may look like an attractive option in the short run, but in the long run it undermines the unity of the nation. Tyranny of the majority is not just

The cartoon at the left refers to the problems of running the Germany’s grand coalition government that includes the two major parties of the country, namely the Christian Democratic Union and the Social Democratic Party. The two parties are historically rivals to each other. They had to form a coalition government because neither of them got clear majority of seats on their own in the 2005 elections. They take divergent positions on several policy matters, but still jointly run the government.
For details about the German Parliament, visit https://www.bundestag.de/en

oppressive for the minority; it often brings ruin to the majority as well.
There is a second, deeper reason why power sharing is good for democracies. Power sharing is the very spirit of democracy. A democratic rule involves sharing power with those affected by its exercise, and who have to live with its effects. People have a right to be consulted on how they are to be governed. A legitimate government is one where citizens, through participation, acquire a stake in the system.
Let us call the first set of reasons PRUDENTIAL and the second moral. While prudential reasons stress that power sharing will bring out better outcomes, moral reasons emphasise the very act of power sharing as valuable.